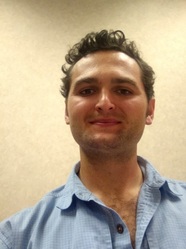 Robert McKee is from Sewanee, TN where his family farms row crops and raises beef cattle. He attended and graduated from The Webb School in Bell Buckle, TN where he played lacrosse and was a member of the trap and skeet team. He began his undergraduate career at Auburn University in August of 2008 as a pre-med student but changed his major to Agronomy and Soils during his sophomore year. After graduating from Auburn University with a B.S. in Agronomy and Soils in May of 2013 he began a masters program at Auburn University where his research focus was on forages, grazing management, and beef cattle nutrition under the direction of Drs. Tucker, Bransby, van Santen, and Muntifering. Robert began working as a graduate research assistant for the Department of Animal and Dairy Sciences at the University of Georgia in May of 2016. His research is focused on forage finished beef under the direction of Drs. Stelzleni, Stewart, and Hancock. His extracurricular activities include a wide variety of outdoor activities, cooking, traveling, gardening, music, and spending time with his dog, Jackson.